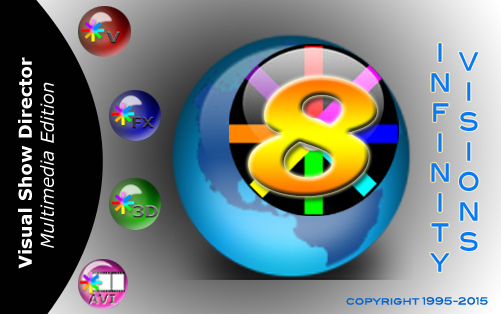 * From the Show Director menu Windows->Window Layout or F11, an additional feature has been added that allows all of a projects layout files to be returned to factory defaults.

* Added REF + ENTER in the Effects Manager filters those effects in the Script Manager.

* Added Cue Invert to work on the REF column. This column has been added to Cue Invert, but if you do Invert cells in the column be sure to Refresh References to have all the Effect data catch up with the associated new cues. With the rows selection still highlighted go to Cues Menu and select Update Effects to refresh new data for the REF. This feature saves time when you want to invert the order of effects in a sequence, such as colors, etc.

* Effects Merge. Merge an existing Effects Manager into the currently loaded one by selecting Effects->Merge Effects.

You can select what columns to include or update in the merge.

* References not found in the current Manager will be added. Matching references will be over written; however you may choose not to over-write some columns. Only the columns that are selected will be over-written.

* In SD Tools, PyroDigital table download has a new feature to output the script to a FSK encoded wave file.

* In SDTools, allow for the creation of FSK encoded time-code files.

* In SDTools, the Audio Editor was no longer supportable and has been replaced by a new tool to allow for the combination of any two wave files. It supports combining left and right channels and lead-in silence per channel. Perfect for creation of music/time-code combined music files.

* By default, the QTY column when inserting an effect in the Script from Effects Manager was zero. This has been changed to one.

* There was an issue when pasting into the REF column in Show Director Event grid if there wasn't an Effect Manager open. This has been resolved.

* The Configure Time-code Comport dropdown was off by one when opened. This has been resolved.

* When importing Effect Manager data from Excel, the length of the incoming data was not checked. This caused the import to fail. Data length is now checked on imported files. This has been resolved.

* In the Cue Insert and Auto-Addressing features, the first and last pin is now allowed to be the same. This makes possible to insert a different module for each individual Cue in the sequence.

* The Galaxis Import was not correctly creating cue times. This has been resolved.

* It was possible for Event and Effect descriptions to include newline characters (a special character or sequence of characters signifying the end of a line of text and the start of a new line.). This caused editing and download issues. This was typically introduced during cut and paste operations. These characters are now detected and removed.

* Import cues couldn't import from older versions of Script files. This has been resolved.

* When editing data in the Effect Manager, if you pressed ENTER your focus would change to the Event grid. This inadvertent focus change has been fixed.

3. Fixed Delete when you have Select Cues in the Wave Plot.

4. Copying Columns in the REF column fills in the Effects fields.

5. Fixed PyroCreator adding a Picture that goes below ground.

6. Added Sketchup and PyroGear libraries to AppData during installs

2. Changed the Create Macro feature in Show Director to align with the PyroDigital macro format

3. Added 4 files @ 2500 lines as an option for the Firing Manager / PyroDigital output in Show Director

1. Fixed Cobra export to use fire time rather then cue time (cue time minus pft).

2. Add the extra Visual Show Director data to the script in PyroCreator.

NO MORE UPDATES FOR 8.2 VERSIONS. FOR NEW FEATURES AND UPDATES YOU HAVE TO UPGRADE TO 8.3

UPGRADE NOW AND BENEFIT FROM NEW FEATURES AND BETTER SOFTWARE FOR THE NEXT YEARS!

1. Added an 'Updates' button to the About box in Show Director. Takes you to the product version web page to see what the latest version is.

2. Changed the time in the PyroLEDA export to fire time (MS - PFT).

1. Added a "Read Device" button to the SDTool for downloading scripts to the PyroLEDA SQ3.

3. Added Import from Excel to the Positions Grid in VSD3D Position Editor.

4. In VSD3D Position Editor changed Custom to be the default style when inserting new positions.

5. In VSD3D Position Editor change the Rotate Position default to Base.

6. Fixed the issues with the default preferences and display colors.

7. Show Director Filters are exact match but we have added a '*' wildcard that can be used at the beginning or end of the text as a partial match.

2. Key for bring up the Grid Layouts has changed to F11 (from Shift+Home).

3. Programming for the PyroLEDA SQ3 has dropped the O-Trigger mode, replaced by B-Trigger and Bravo Digital modes.

5. Fixed issue with FIR Import where Size data included " or mm etc. as ShowDirector CAL column is a number.

6. All of the source text files for the languages for all products have been added to the installed directory. Look in Visual/Resources/Messages for the .txt file that matches the product-Language you need. Find the English=Translation you wish to update and send that line or the whole edited file back to Infinity Visions and we will update in the next release.

7. Particle library has been updated with improved and expanded effects. Replace your existing library with the one in Visual/Resources/Particles.

8. Fixed issue with SQ3 Output that caused some pins to be skipped based on the contents of the CONTROL column.

The existing Palette folder is in the installation folder for Show Director. Typically this is in C:\Program Files(x86)\ShowDirector8\Visual\Resources\Palettes\.

1. We have added layout files for each of the grids in Show Director. Saving and Loading of the layout files is done from a new Grid Options dialog. To save or load a grid layout, select the grid and press Shift+Home. Saving your grid layout will save the foreground and background colors, fonts, column hide/show, column order and column width. Loading will restore these values. Each type of grid (Script manager, Script Filter manager, etc.) has its own layout file format and its file extension will be that of its grid + 'l'. For example, the Script manger's extension is '.scx' and its layout file extension is '.scxl'. Each layout file contains the layout for only one grid type. Layout files are not Project specific so you can load your layouts on any grid in any project. There are a few example layout files for Scripts and Effects Managers in your install folder in the \Templates folder.

2. Fixed Ctrl-D and Ctrl-I and Ctrl-A from jumping back to beginning of grid. They now correctly locate based on row and columns.

3. Fixed correct time when clicking on WAV display when in Non-English language. The time fraction uses '.' in English and ',' in other languages. Made code locale independent.

6. Changed Particle Generator to save Particle lists in alphabetic order so that other Visual products will display the list in same order.

7. Fixed issue with Script Filters not displaying or working correctly.

8. Fixed a defect in the SMTP wave file generation.